The Kalevala gave the Finnish people an identity. It is the cornerstone of Finnish culture, which soon began to exert a profound influence on the other spheres of artistic endeavor. 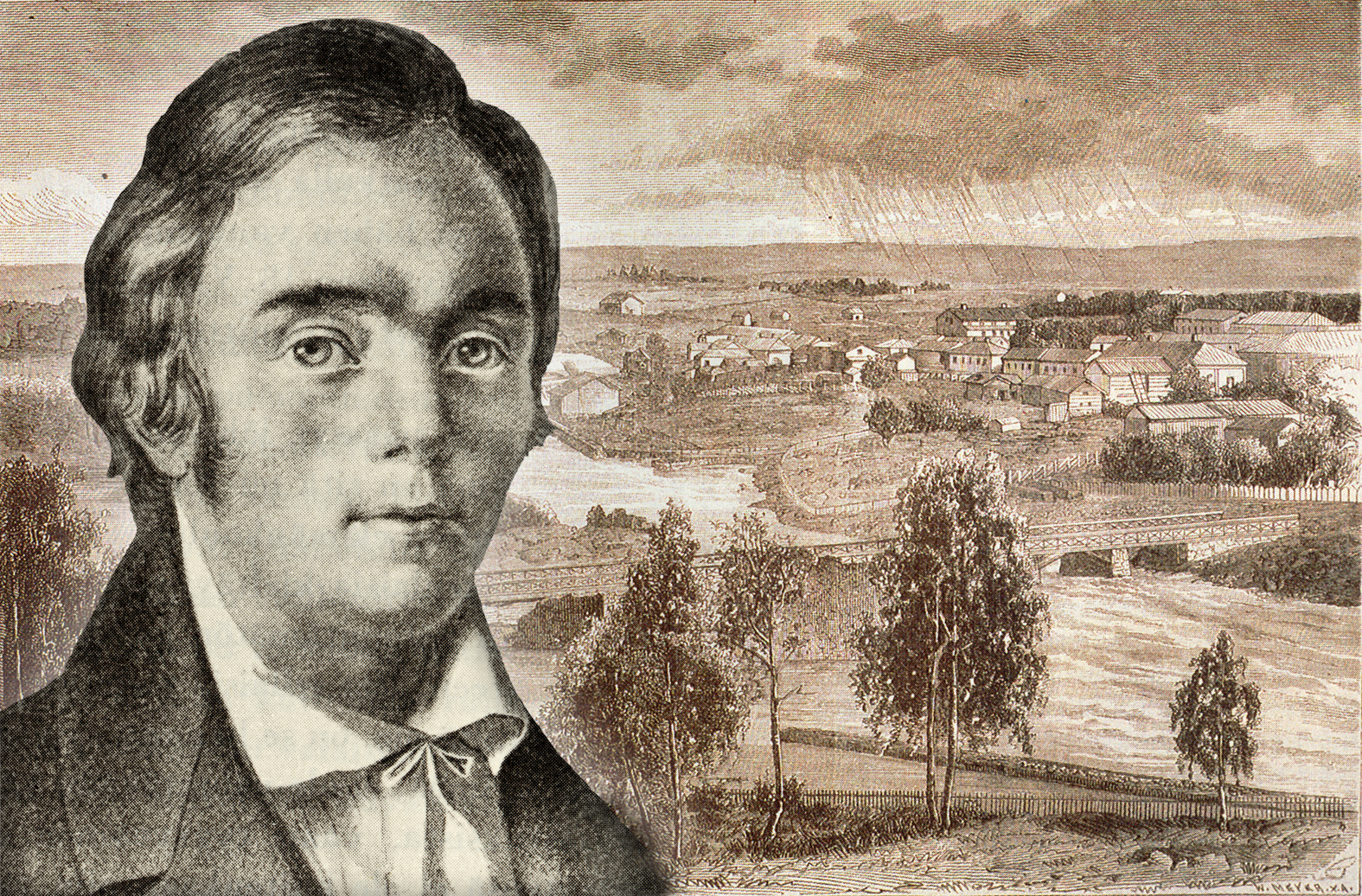 The Finnish national epic, the Kalevala, is one of the classics of world literature. The epic took shape in the province of Kainuu, where it was compiled from an extensive collection of rich folk poetry by Elias Lönnrot, district physician in the provincial capital of Kajaani from 1833 to 1853.

Most of the poems comprising the Kalevala were collected in the White Karelian district of Russian Karelia in the villages of the Vuokkiniemi area. The Karelia of the White Sea is the site of an indigenous culture which has lived in harmony with nature for centuries and whose language, the White Karelian dialect, is very close to Finnish. The tradition of epic oral folk poetry was still very much alive in the Karelia of the White Sea in Lönnrot's time; in Finland it was already on the verge of extinction.

Elias Lönnrot was a great Finnish intellectual whose work has strongly influenced the birth of Finland as a nation.

Along with Mikael Agricola, Lönnrot is considered the father of the written Finnish. He was a language reformer, author, poet, publisher and editor of the first Finnish-language magazine, author of dictionaries, doctor and author of scientific publications, known in the world for his life's work. Elias Lönnrot's most significant work at an international leval was the Finnish national epic Kalevala, one of the gems of world literature. 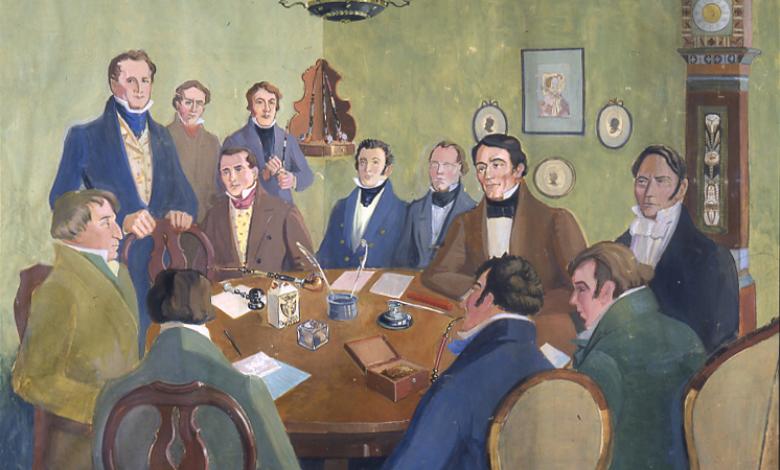 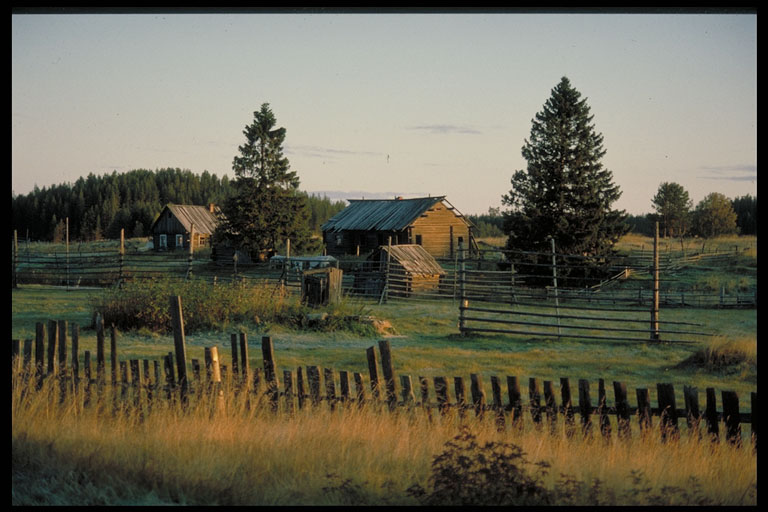 It was not by chance that Elias Lönnrot started collecting folk poetry from Finland and Karelia, but a phenomena that has to be understood within the time-frame of that period. In the first half of the 19th century, in fact, Romanticism and nationalism dominated Europe.

The work “Stimmen der Völker in ihren Liedern”, published by the German Johan Gottfried Herder in the late twentieth century (1778-1779), encouraged the collection of folk poetry across Europe. According to his teachings, the history of peoples and their deepest essence was best reflected in the oral folk poetry. Lönnrot was by no means the only Finn who seek the ancient times of his people analyising its poetry.

When he started to collect folk material, Lönnrot still had no idea about the epic. However, he wanted to study the result of his collection and therefore he used the model given by Sakari Topelius the Elder, ie he started publishing the material in booklets called Kantele or the Finnish People's Old and Contemporary Poems and Songs.

Thanks to Topelius' instructions, he also got to know the reputation of the Karelia of the White Sea as the land of the ancient songs. Kantele included the songs collected by Lönnrot without much intervention of their content. Four Kantele booklets were published (summer 1829, November 1829, early 1830, and April 1831). The manuscript of the fifth was also ready, but it was never published since Lönnrot started to conceive an epic. 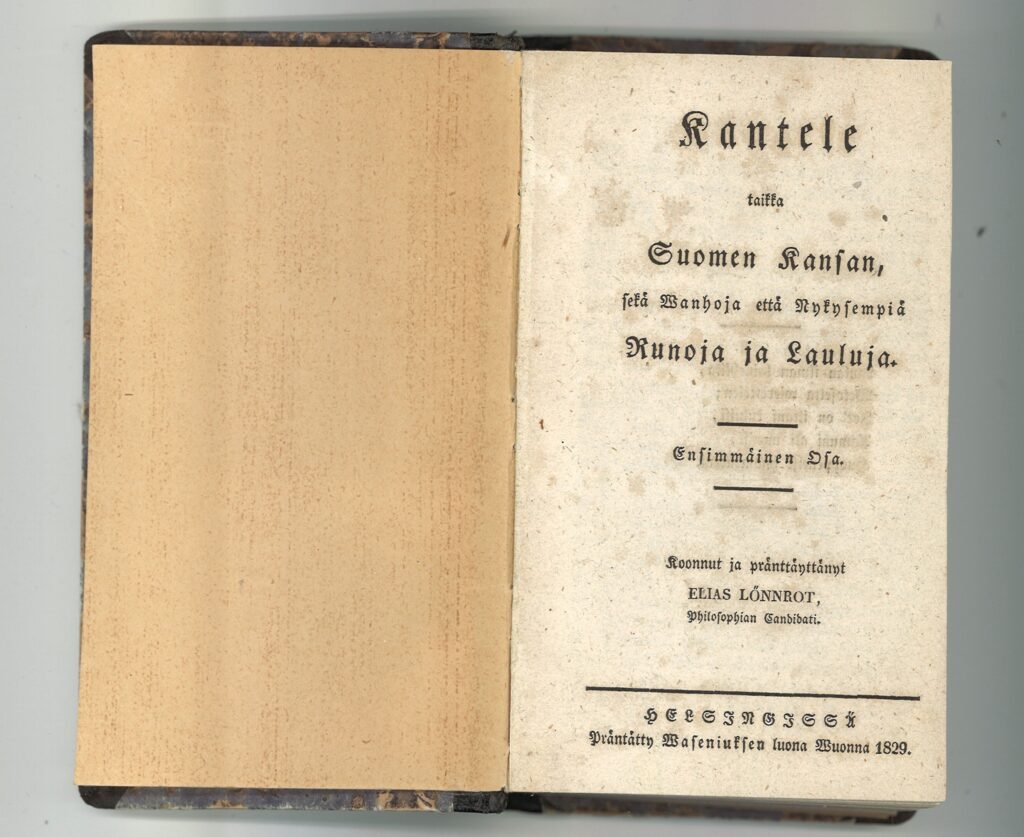 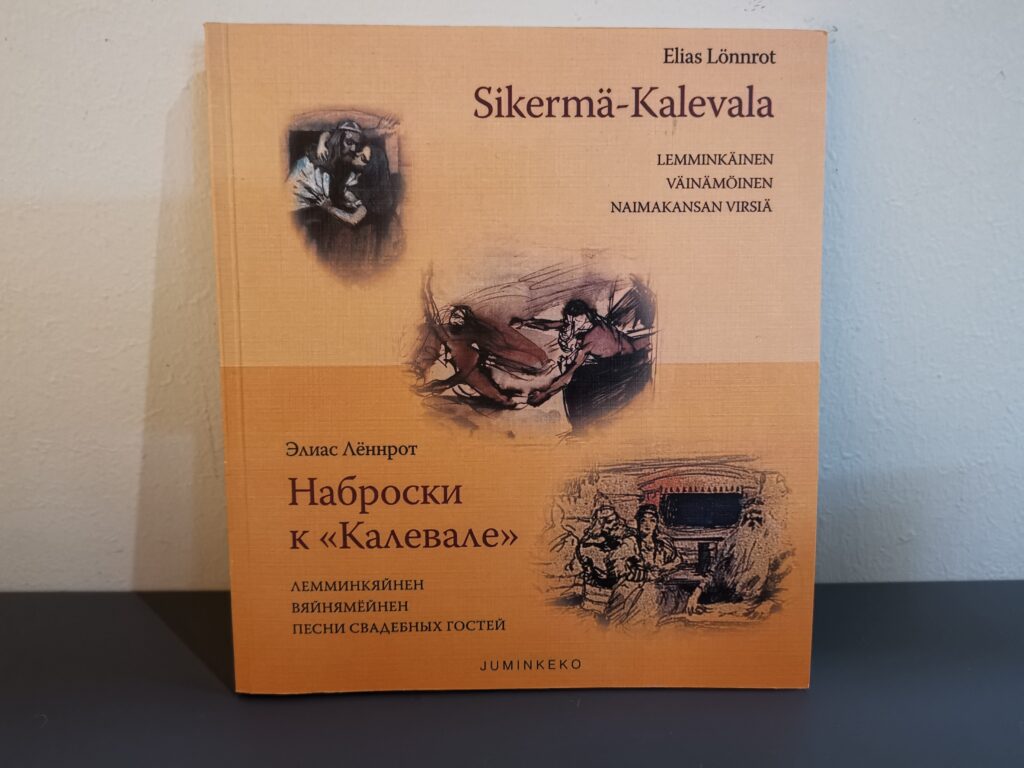 Lönnrot wrote five different Kalevalas. The first two are considered preparatory works for the real epic. The very first was named Sikermä-Kalevala ("Cluster Kalevala") by the researcher and Professor Lauri Honko and consists of three shortened poems. Lönnrot thought about putting together poems about some main heroes and that is how these three short poems were created: Lemminkäinen (825 verses), Väinämöinen (1,867 verses) and Naimakansa hymns, which contains White Karelian wedding songs (499 verses).

The Cluster Kalevala obviously owes its name to the three poems on the base of which Lönnrot built the epic. This work, completed in 1833, has been published posthumously by Juminkeko along the others unpublished Kalevalas written by Lönnrot. These Kalevalas have been published both in Finnish and in Russian to give the Karelian scholars the chance better to understand the process of the birth of the Kalevala as Lönnrot's creation.

During his fourth collection trip, Lönnrot had the idea to build an epic based on folk poetry. He tells about this project in a letter to his friend Dr. Henrik Cajander: "However, in the winter I will stop again in the Governorate of Arkhangelsk, and I won't stop collecting poems, until I get a collection, which is equivalent to half of Homer."

The manuscript of the epic was completed in November 1833. Lönnrot gave it the name Runokokous Väinämöisestä ("Collection of poems about Väinämöinen"). Later it was called Alku-Kalevala ("First Kalevala").

This work contains 5,052 verses. Lönnrot wanted to publish it in 1834 but he didn't and withdrew it from the publication after meeting Arhippa Perttunen on his fifth trip and having acquired a lot of new material. According to the Russian researcher V. Gordlevski, the First Kalevala is a shorten version of the well-known Kalevala. There Pohjola is mentioned but not Kalevala; Joukahainen's sister does not yet appear as Aino; Sampo is called Sampu; the world is born from an egg that fell from Väinämöinen's knee; Ilmatar comes in later versions.

The Alku-Kalevala first appeared only in 1928 as a small edition for limited research use. Juminkeko published a bilingual version of this Kalevala so that it would be available to both Finnish and Russian readers at the same time. It can be ordered from the online shop. 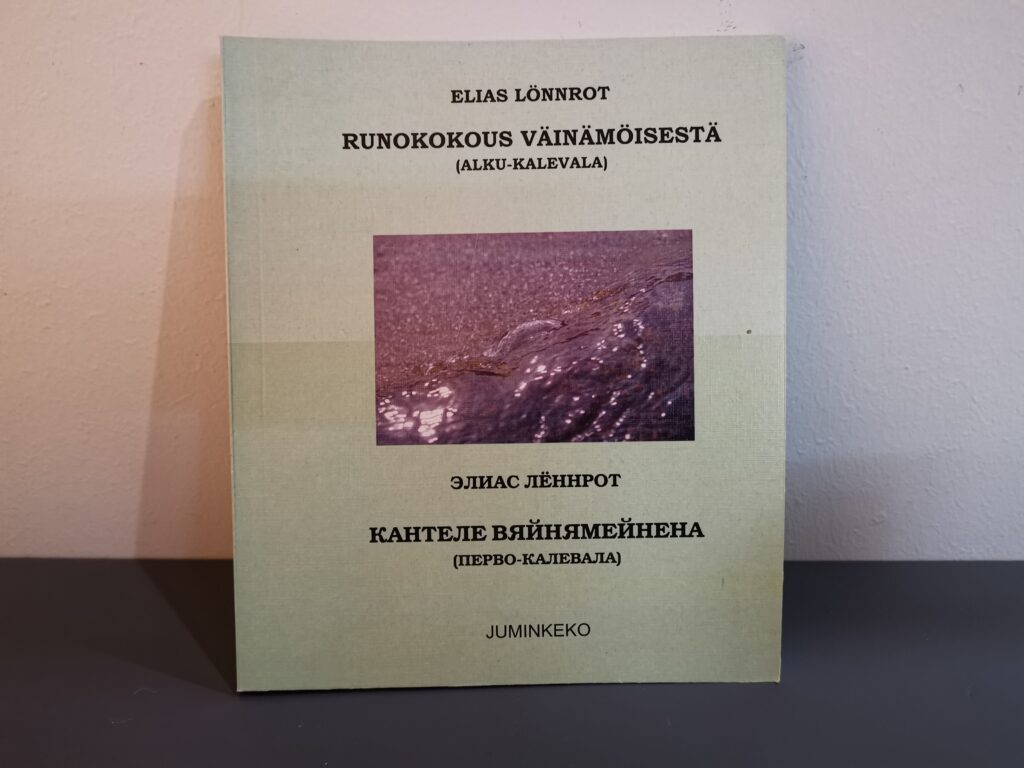 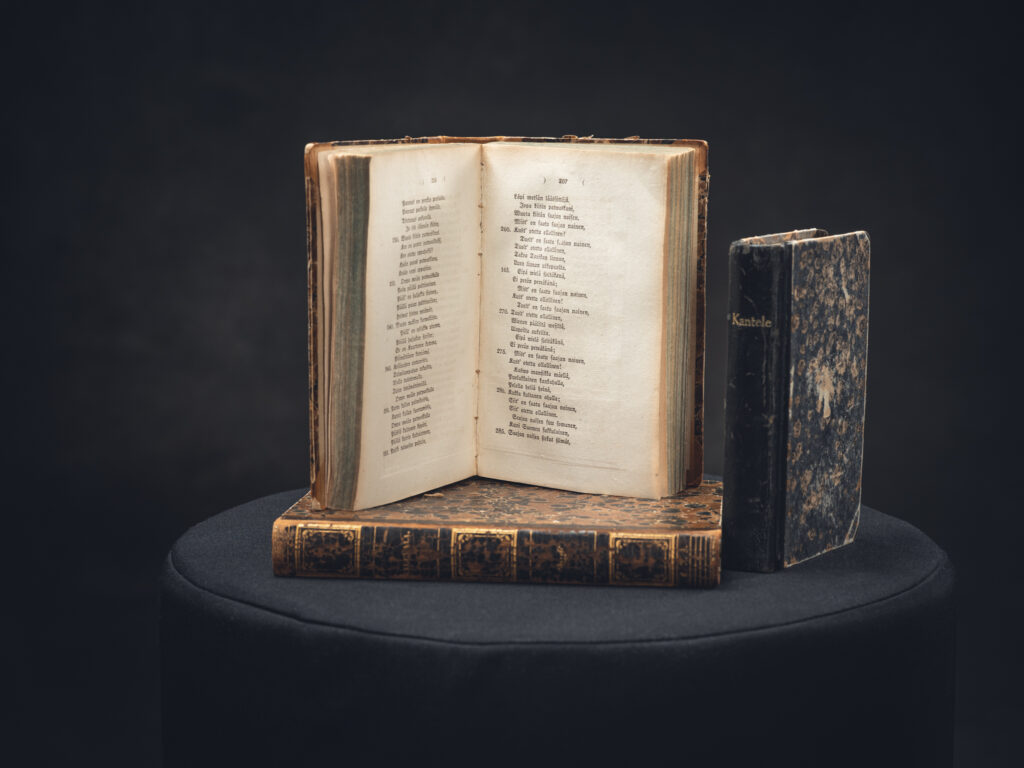 The first Kalevala published by Lönnrot, Kalewala or Wanhoja Karelian Poems from Ancient Times, was completed in 1835. Later, scholars renamed it Vanha Kalevala (the Old Kalevala). It is mainly based on Lönnrot's collected material and the one collected by his predecessors.

The Old Kalevala includes 12,078 verses, that is to say 32 poems. The number of verses is doubled compared to the Alku-Kalevala. At the time of this latest version, Lönnrot had more than 40,000 verses at his disposal.

Very soon after his publication, the Old Kalevala became a national symbol. The first translation - in Swedish - was made by M. A. Castrén in 1841. What contributed to the Kalevala reputation outside Finland was Jacob Grimm'speech about the Finnish epic held at the Academy of Berlin. He considered the Kalevala one of the most significant works of world literature.

Already in the preface to the Old Kalevala, Lönnrot considered his achievement incomplete. At that stage he already had in mind to expand the first version. Lönnrot was granted a leave to expand the Kalevala. In order to do so, he used the material collected by his collegues. The new version appeared in 1849.

Although the Kalevala is based on sung folk poetry, runosongs, it is still Lönnrot's own creation. He combined poems and characters to create an intact whole. From the materials in his possession, he created an imaginary and mythical poetic world and shaped a narrative based on the poems, including lyrical poems and spells.

The New Kalevala includes 22795 verses, that is to say 50 poems. Both the number of verses and the number of poems have almost doubled compared to the first version of the epic.

The Kalevala is the most translated Finnish. By now, it has been translated into more than 60 languages. 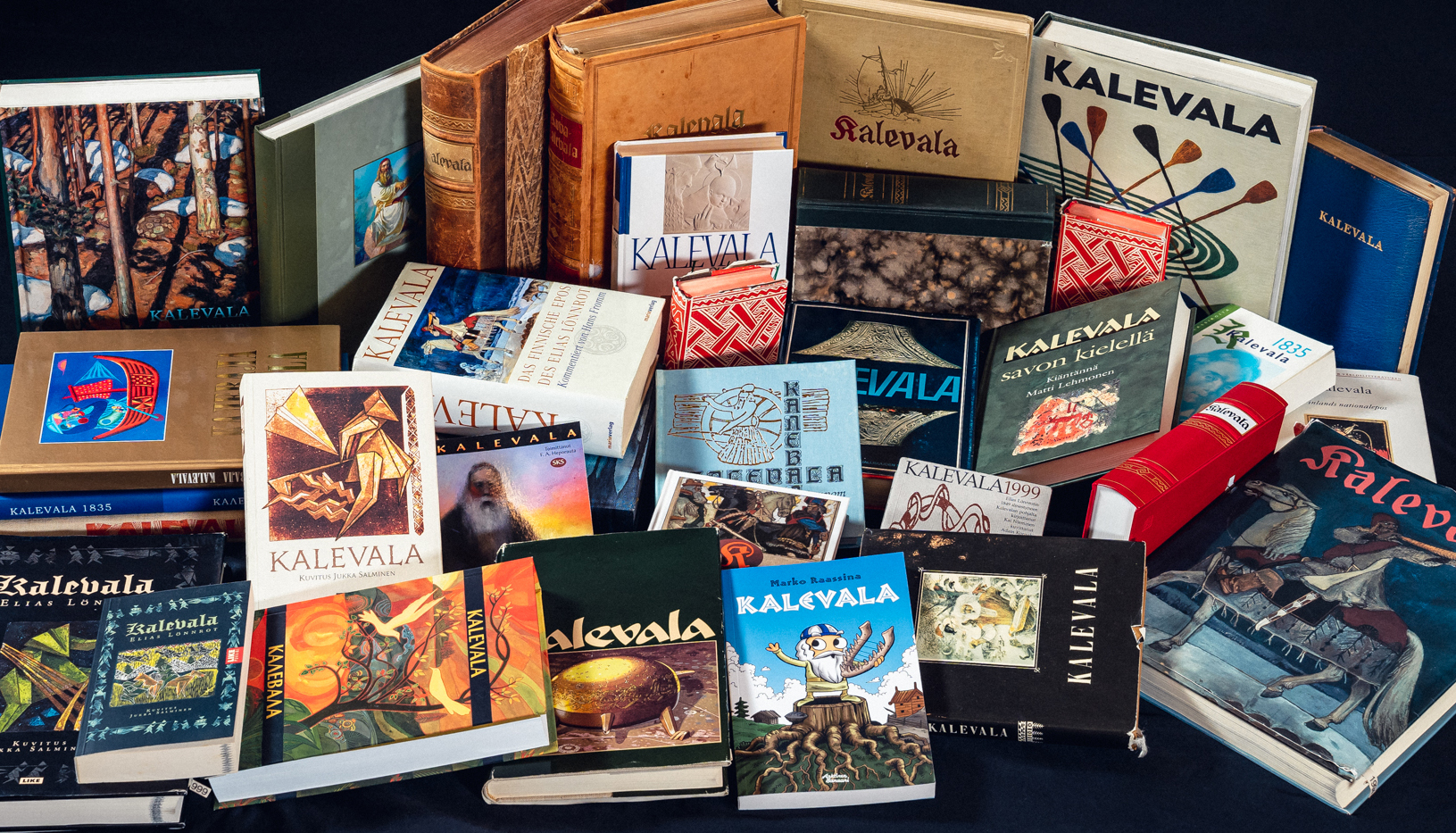 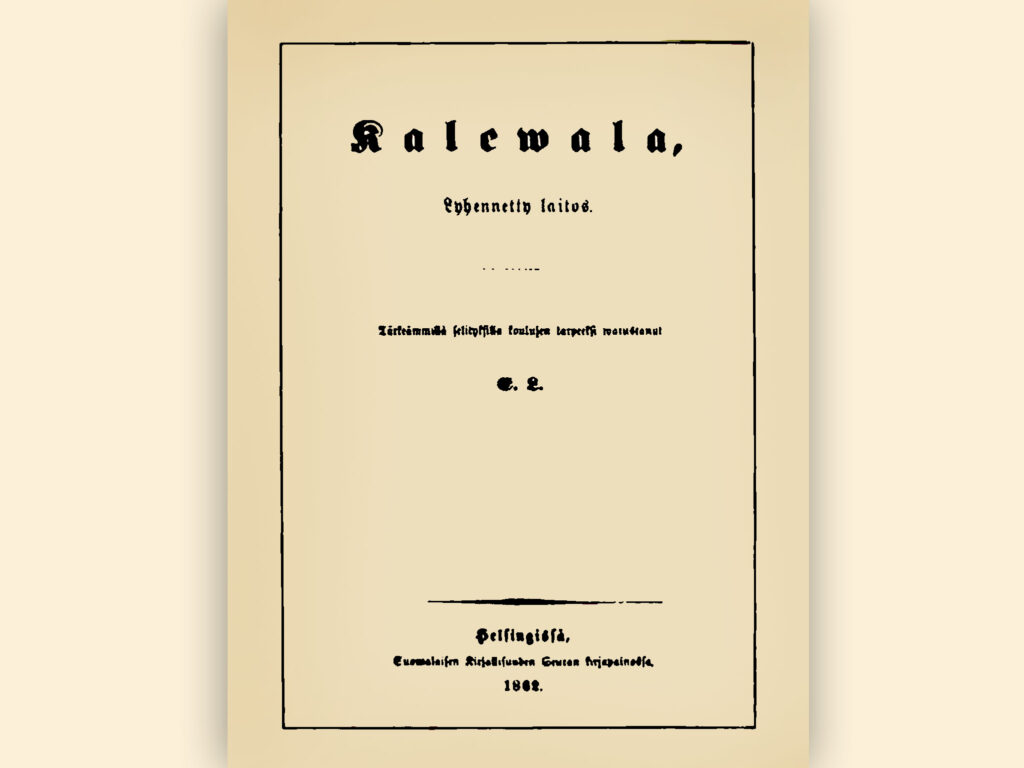 The School Kalevala appeared in 1862. It contains 9732 verses and 50 poems. The structure of the Kalevala wasn't changed.

Many Finns have got to know the Kalevala of 1862 during the school age by having to memorize long parts. This have literary killed the interest in the this epic.  Although in the past the teaching of the Kalevala has not always been successful, today it can be taught to children in various and interesting ways.

Lönnrot provided the archaic Kalevala with a lyrical sister, the Kanteletar. The collection of lyric poems and ballads was published in 1840.

The geographical basis of the Kanteletar's poetry is wider than the Kalevala. In addition to the Karelia of the White Sea, Lönnrot mentions Lieksa, Ilomantsi, Kitee, Tohmajärvi, Sortavala, Jaakkima and Kurkijoki as the areas of those songs.

Mateli Kuivatar from Ilomantsi is considered the mong significant singer of Kanteletar. Although the Kanteletar is considered a women's book, it includes also some songs by Arhippa Perttunen. 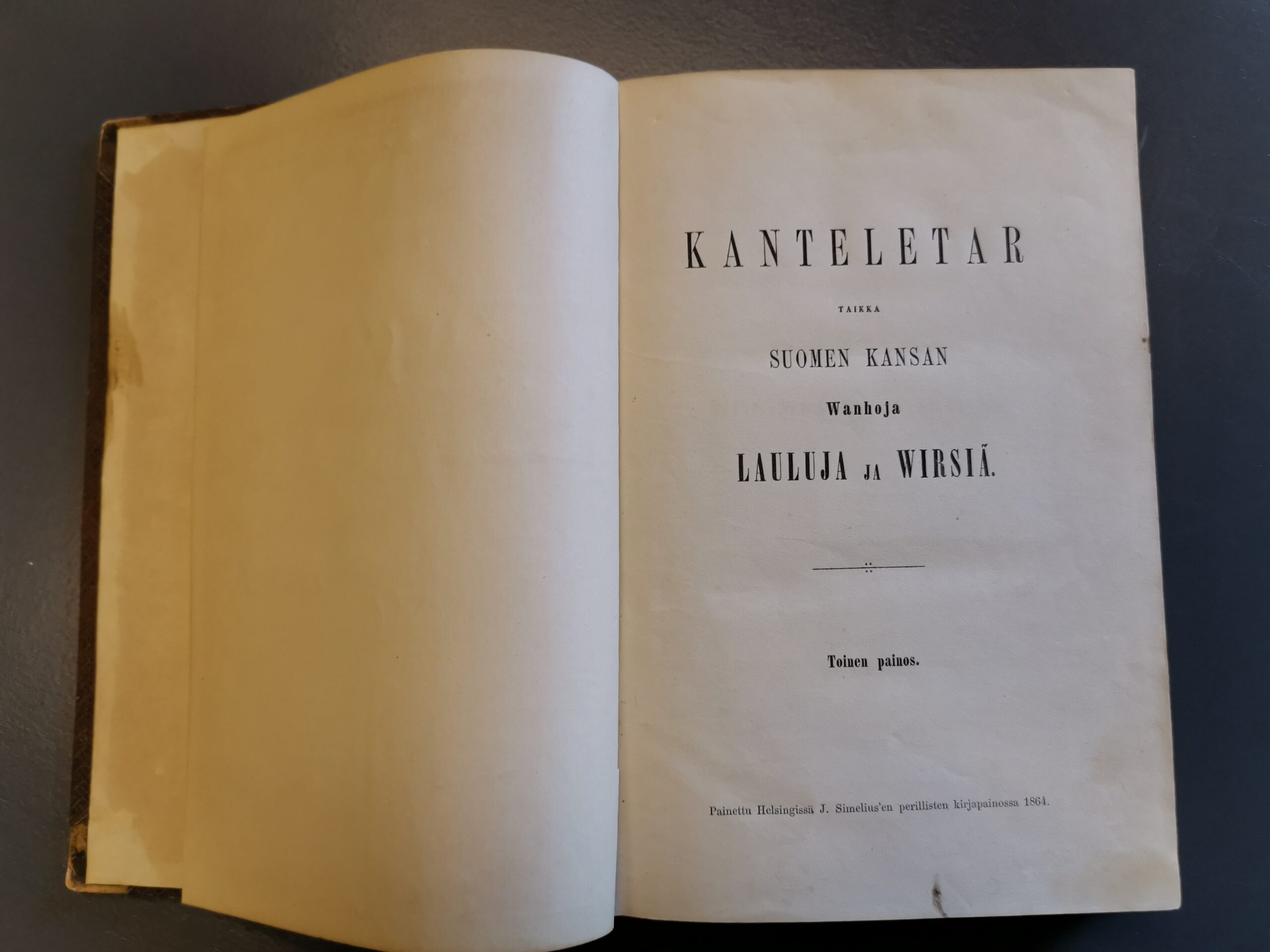